Dancing his way to the National Award - Korok Biswas

Korok is basically a wonderful dancer. Whatever he has achieved till date is for his brilliant performances.

Awarded at Rajya Sishu Kisore Utsav- 2016 & 2017 (State Children Cultural Festival -2016 & 2017), organized by State Govt. of West Bengal; India, and gracefully presented some solo Dance performances in the State Govt. Cultural Venues. | Korok was the only Mentally Retarded Dance Performer amongst the other Invited performers of all Categories from all over India at the 38th , 39th & 40th National Cultural Festivals and at 41st one at Kumbh Mela, Prayyagraj, Allahabad on 2019, organized by Ministry of Cultural Affairs; Govt. of India. | During consecutive last Three years, Korok Internationally performed on invitation at Kushtia Shilpakala Academy, Faridpur Shipakala Academy at Bangladesh and on 2017 Korok performed at Dhaka Supreme Court Auditorium, at Dhaka University on Pohela Boisakh, Asian University- Dhaka and two TV Channels of Bangladesh; My TV and ATN- Bangla. 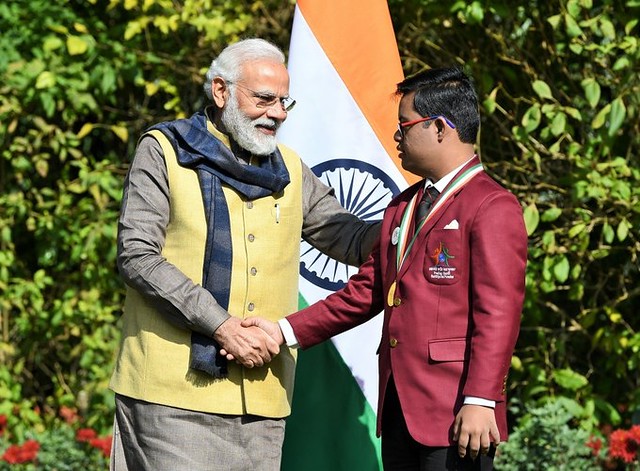