Mathru Mandir, the center for Down Syndrome Federation of India today held their Pongal Celebrations. The center wore a festive look with everyone dressed in their best. The little ones in their veshti (dhoti) and shirt looked adorably dapper. The little girls wearing traditional skirts looked radiant. Even the adults were looking joyous and caught on to the festive mood. The function began with the traditional Pongal pot with designs that were reminiscent of villages. When the pot boiled over, there was a joyous shout of “Pongalo Pongal” that ushered in the festivities.

Persons with Down syndrome had created Rangolis which were on display. The various designs and splash of colors was a sight to behold. This was followed by fun activities for all the members. There was tug of war and other games for kids who enjoyed themselves to the hilt. The atmosphere was full of laughter and radiated fun throughout. This was followed by a traditional meal at the center much to everyone’s satisfaction. The event ended with sweets and wishes for a Happy Pongal and a prosperous year for everyone. 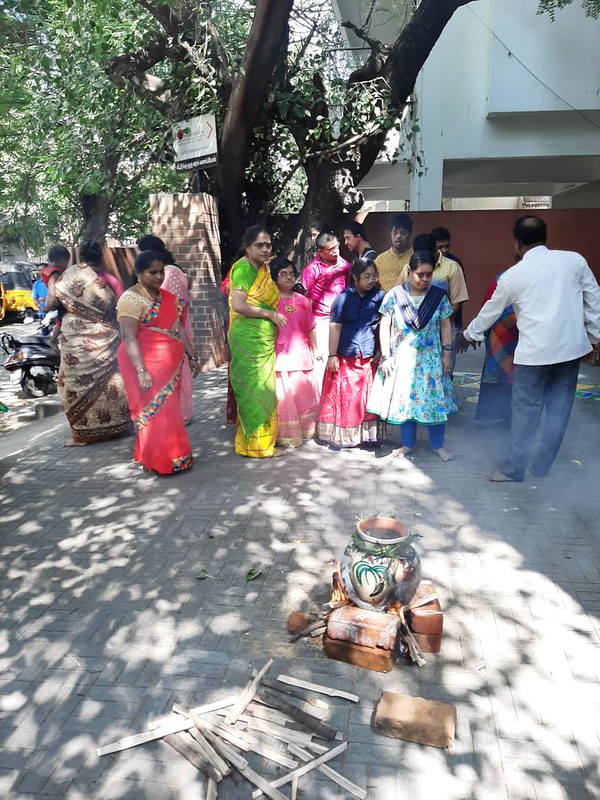